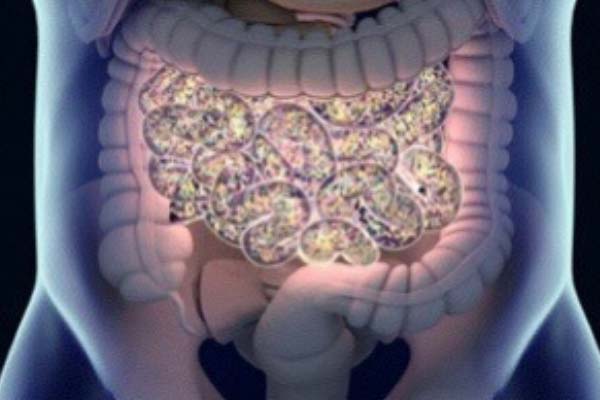 Endotoxemia is simply medical jargon for “toxins in the blood”.

The release of lipopolysaccharides (LPS) in the intestine is a normal feature of metabolism. It is abnormal when the LPS leaks into the bloodstream and triggers inflammation downstream.

membranes of gram-positive and gram-negative bacteria will “stain” differently when being plated for observation. LPS in located in the outer membrane. When the bacteria die, this LPS component is released. A certain level of LPS release is normal.

If you have a healthy gut, there’s little to no trouble with LPS. If you have an inflammatory diet and unhealthy gut – LPS can rise abnormally in the bloodstream and metabolic endotoxemia results.

Endotoxemia is a key feature of a disordered gut. Once in the blood, LPS triggers a number of inflammatory events. LPS will interact with your fat cells and immune cells to create chronic inflammation in every tissue in the body.

Recovery can take weeks and months.

Risks of metabolic endotoxemia stretch across body systems – and may set the stage for obesity, heart disease, autoimmunity, diarrhea, low sex hormones, and cognitive decline (such as Alzheimer’s disease).

This is why restoring gut health (and specifically the gut microbiome) is a central strategy to reducing risk for all of these diseases.

Negative Influence of Endotoxemia (LPS in the blood):

It’s important to stop LPS in its tracks for all of these reasons!

How to Fix LPS Elevations

The primary strategy to deal with endotoxemia is to support the integrity of the gut lining and gut mucosa. Since spore probiotics are capable of surviving past the stomach acid in the gut, and play a central role in a healthy gut, they are my first line of defense when it comes to protecting from LPS.

An animal study found that Bacillus subtilis boosted the production of proteins necessary to help seal a damaged gut lining (7). B. subtilis has also been shown to help improve the absorptive area of the intestine (8) which is associated with reduced risk for inflammatory bowel diseases like Crohn’s, colitis, or celiac disease.

Other studies support the use of spore bacteria to reduce inflammation (9), increase the production of intestinal fuel, and increase levels of protective mucus.

A double-blind, placebo-controlled clinical study was recently conducted that examined the effect of spore probiotics (including Bacillus subtilis) on endotoxemia. The participants were healthy and had low LPS in their blood to start. To trigger endotoxemia, the participants were given a McDonald’s breakfast to trigger leaky gut.

Here’s what the increase in endotoxins looked like following the challenge meal.

They were then supplemented with spore probiotics (Megaspore) over a period of 30 days. In 30 days, the participants saw a 45% reduction in endotoxins in their blood. The placebo group saw a 32% increase! The combined benefit (increase of endotoxin in placebo PLUS the % decrease in treatment group) was very large and may expand even greater if the study was conducted over a longer time period.

The improvement in endotoxin levels continued to expand between group receiving spore probiotics and the placebo as time progressed.

The study was continued for 90 total days. Over that time, triglyceride levels dropped just under 50mg/dL on average in the treatment group (remained the same in the placebo group).

Other markers improved such as inflammation (IFN-gamma), hunger (ghrelin) and blood sugar regulation (insulin; glucagon). Elevated insulin & IFN-gamma are associated with high LPS leaking from the gut to the blood.

The researchers also measured MCP-1. MCP-1 is a general inflammatory immune marker that rises with inflammation and immune dys-regulation.

Inflammation & immune regulation (as measured by MCP-1) improved in probiotic group and generally worsened in the placebo group after a high-fat, high sugar challenge meal.

As a reminder, the study focused on healthy participants & did not focus on any other dietary changes or therapies. It just examined the effect of supplementation with spore probiotics. It is possible that the treatment findings may have been more profound if the participants’ guts were less healthy at the start. Overall, in just 30 days of supplementation the participants receiving spore probiotics experienced reduction in immune dysregulation, inflammation, hunger, and endotoxins in the blood. They also demonstrated improvement in immune and blood sugar markers.

Based on this data, I personally use Megasporebiotic by Microbiome Labs as my preferred source of spore probiotics to support gut health.